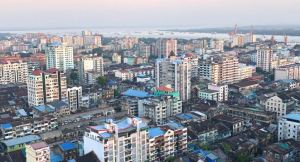 Renting to foreigners is one of the few pockets of support for the local property market, which is undergoing a multiyear slowdown that began in 2015.

Real estate agents noted that given the slowdown in residential property sales in recent years, any support to the market can be noticeable, especially during the rainy months of the year usually associated with Buddhist Lent.

Paradise Real Estate Agency’s Ko Phyo Thu Aung said rentals to foreigners were one of the only main support to the market during the rainy months. “We look to foreign customers during the rainy season as few locals rent, they prefer to buy,” he said, noting that the agency did not sell any properties during the Buddhist Lent season.

Meanwhile, Estate Myanmar’s U Htoo Myat Naing said the property market can be slower during the rainy months with most rentals during this period were usually to foreigners, for both residential and office space.

As to sales, he said selling prices of residential properties have been reduced by 10pc to 20pc, which can be a real opportunity for those in the market to purchase.

“Sales of condominium units have been slow and new ones are also not coming into the market,” U Htoo Myat Naing said.

According to previous reports, property transactions have fallen by 50pc compared to five years ago with a combination of a lack of affordable housing options, taxation, restrictions on foreigners owning land and the slower foreign investment flows hindering any pickup in the market.

Market observers believe that continued reforms to the economy as well as implementation of legislation such as the Condominium Law 2016 and Condominium Rules 2017 can help support more interest in property.